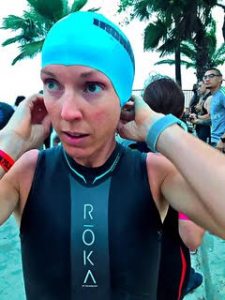 How to keep your swim training consistent, safe, & efficient.

A great example is Ironman triathlete, Michelle Bentley (shown left). She is the Assistant Fire Chief for the City of Houston, Texas, where she’s been a firefighter for 20 years. She’s also a mom and wife. Her husband and coach is Steven Bentley, who has coached hundreds of triathletes for the past 20 years.  He says, “she is a lightning rod for everything going on, and she doesn’t have a lot of time to waste in her training.”

Steven’s expertise is helping athletes be efficient with their training. “I strive for maximum benefit for minimum time,” says Steven. “I like being fit and active, but I don’t want to spend my life exercising.”

Three years ago when Steven and Michelle met, she was training a whopping 20 hours per week. With Steven’s guidance, Michelle reduced that to 13 hours.  Coach Bentley’s plan incorporated a Vasa SwimErg into Michelle’s routine,  and she’s been achieving personal bests at every race, even in choppy water and on longer courses.

Michelle’s greatest gains in triathlon have been in swimming, the one aspect of triathlon that she did not always like.

“She couldn’t work out hard in the pool,” says Steven. “I would see what she could do on the bike, and wondered why she was being such a slacker in the pool. She would tell me she was working as hard as she could, and I’d say no you’re not!” 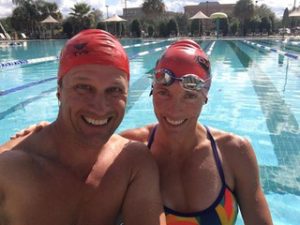 Michelle was unaware that she’s allergic to chlorine, and her breathing was being compromised when swimming in a chlorinated pool. The couple switched Michelle’s swim training to the Vasa SwimErg and she began to see positive results.

Michelle’s allergies to chlorinated pool water made Vasa training her only viable choice. Even for those who can tolerate chlorine pools, nearly every athlete will make improvements by incorporating indoor SwimErg training.  Sooner or later, every athlete will be challenged by consistency, efficiency, and safety. Texas-based Bentley and Florida-based coach Tim Crowley gave us a shortlist of why this is so and how to do it properly:

There are several environmental factors that can make indoor swim training a better choice than an outdoor pool or open water.  The water temperature, plus the ambient heat & humidity in the air must be considered. Other common challenges are daily thunder & lightning storms, open water that’s too cold in spring and too hot in late summer, and for some people like Michelle, chlorine pools.

“The more often you put yourself into a situation that can threaten your safety,” said Bentley, “the more likely you are to run into issues. The more often you can train in a safe, controlled environment, the better you’ll focus on your training and how to meet your goals.”

“Without availability to a Vasa, then a day when training gets rained out would become an unplanned rest day,” said Tim Crowley, Head Strength Coach at Montverde Academy (MVA), a private school in Clermont, Florida, where daily afternoon thunder & lightning storms frequently cancel the pool swim practices. 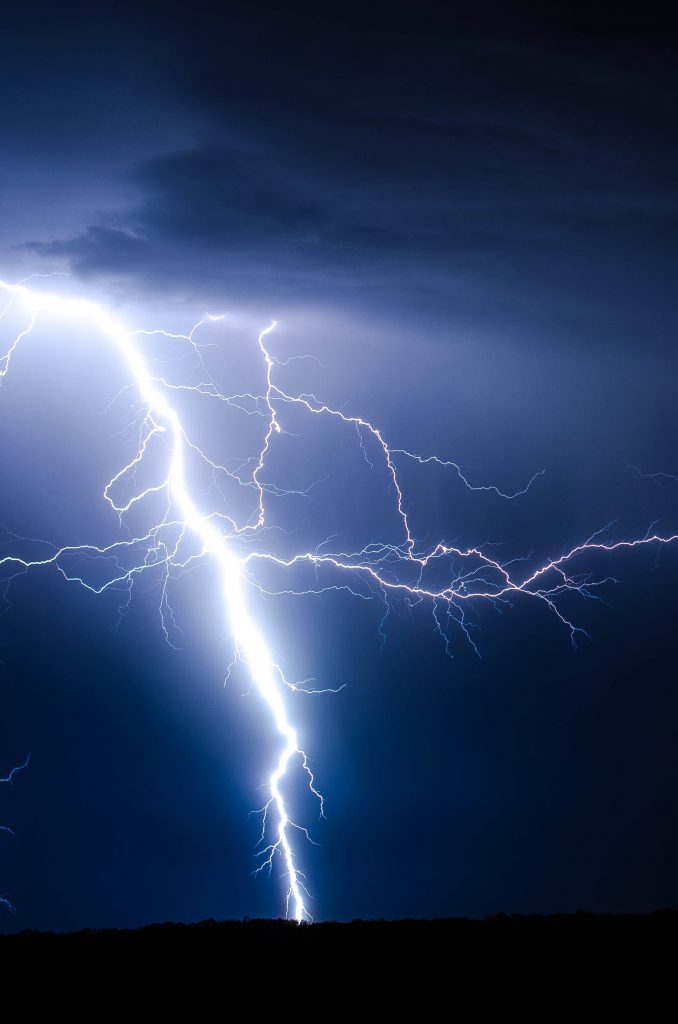 “There was never a good way to maintain consistent quality swim training on such days.  Before we got Vasa Trainers and SwimErgs, we used tubing for resistance workouts, which is a far inferior alternative. Over the past eight years, I’ve been working with 25 athletic teams here and my biggest takeaway is that consistency matters.  Even if the workout is only 20-25 minutes, working out daily gives athletes a huge advantage.”

Crowley says that when an outdoor pool workout is interrupted, whether it’s his own swim or the MVA swim teams’ workouts, access to Vasa SwimErgs and Vasa Trainers save the day. “I can take a planned pool workout and adapt it inside in an instant. Plus, I can get my swimmers in and out in less time than in the pool because of the intensity of working out on a Vasa SwimErg.” Crowley keeps half a dozen standard workouts on hand for the days when a pool session has to be aborted or canceled.

Convenience is a time saver and Frequency is a training enhancer.

“An athlete will benefit a lot more doing 10-minutes every day for seven days on a movement to pattern than if they spend 70 minutes on that same pattern only once a week,” said coach Bentley. “Michelle can walk upstairs and, bang, she is on the SwimErg. She can crank out 500 to 1000 meters fast, or if she is working on stroke technique, she can work on it for five to ten minutes.”

When an athlete is learning to improve their body position, elbow position or hand position, they have to break old patterns. As athletes fatigue during a workout, the new pattern can fall apart and the old pattern can resurface, thereby reducing the effectiveness of the stroke technique training.

“It’s different from interval training because when you’re learning a new way of doing something, you can’t go hard initially,” said Bentley. “People go to the pool to swim for an hour, and most of it is ingraining bad habits. On the Vasa, as soon as your stroke starts falling apart, you stop. Then you can hop on it the next day for five minutes longer. It’s the best way to ingrain good technique.”

Dryland swimming helps train your body position and prevents swimmers from being lazy: 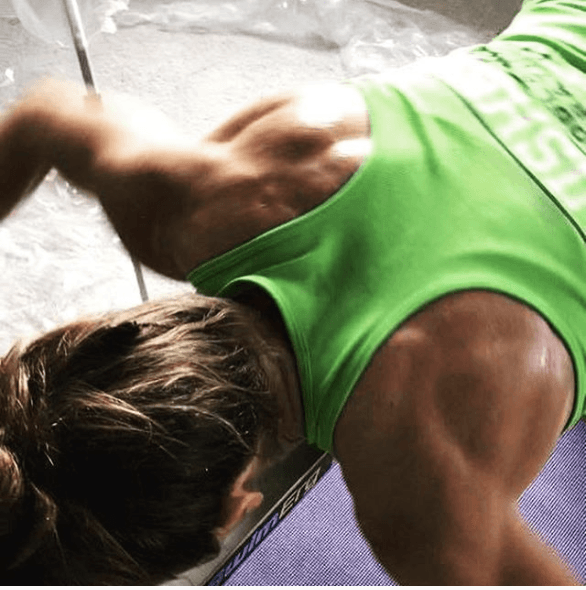 Swimming on a Vasa Trainer or SwimErg, an athlete is always in a hyperextended position, which in the end makes swimmers more adaptable to different positions in the water, according to Bentley. “When you’re swimming on a Vasa, you’re feeling what it feels like to swim properly.”

Vasa helps athletes get an intense workout in a short period of time:

“If you’re doing 200-meter repeats in the pool,” says Crowley, “on the Vasa SwimErg those 200M repeats will feel more like 250 meters. You can base workouts on time and intensity, and you know exactly what an athlete is doing.”

Crowley’s facility at Monte Verde has three Vasa SwimErgs and two Vasa Trainers. When the swim team comes in, Crowley sends the athletes through a Vasa circuit of fly pulls,  one-arm drills, freestyle and backstroke intervals. He also pairs those exercises with strength moves such as leg squats and shoulder injury-prevention exercises. Since the Vasa machines do not take up much space, Crowley says that an unexpected visit from a rained-out swim team does not impact the other teams already training in his busy strength & conditioning center. 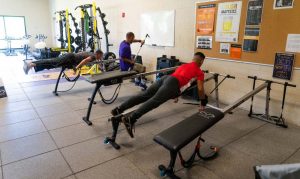 We all have good days and bad days. The Vasa SwimErg with power meter gives athletes and coaches reliable and repeatable numbers that show progress. At Montverde Academy, Crowley uses the SwimErgs to test various aspects of his athlete’s stroke, including power over time or distance per stroke. Repeated testing lets athletes see their improvement, which can be a mental edge in competition. Having hard data also helps coaches plan a taper into the training program before important events. High-quality Vasa training is measurable and repeatable.

When racing in hot conditions, Vasa is ideal for safe acclimatization:

In Florida, lakes and the ocean get very warm from July through September. Crowley uses a Vasa SwimErg installed in his garage to train his body so it will not overheat in extremely hot conditions.  He routinely trains in his 90°F garage, practicing swimming at a higher resistance and lower stroke rate, all in a safe environment. 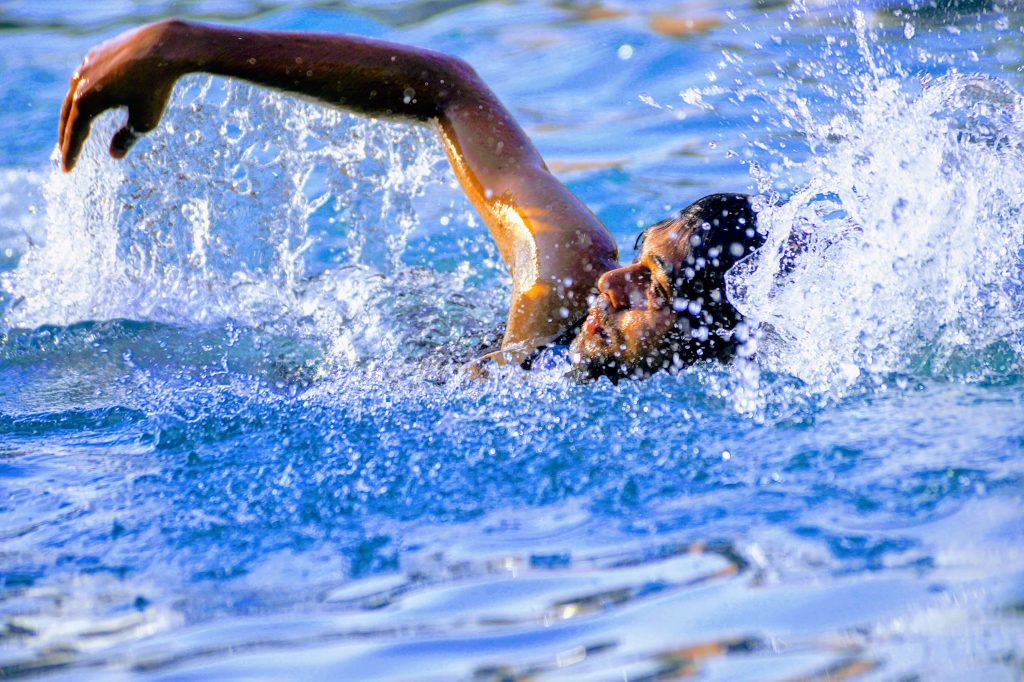 If the athlete starts to hyperventilate there, he or she will not be in danger. ‘In overly warm water, the body cannot dissipate heat very well,” said coach Crowley. “If you hyperventilate during an open water swim, it can quickly spiral out of control. You can’t just stop and easily catch your breath. A panic attack in the water can be deadly.  It can happen easily when you can’t bring breathing under control.”

Crowley says that if an athlete trains for intense heat in the water with a slower but powerful stroke, they have a much better chance of completing the swim safely. In a triathlon race, they can then get on their bike without being completely exhausted and overheated.

Tim Crowley,  Head Strength and Conditioning Coach at Montverde Academy and was named USA Triathlon Elite Coach of the Year.  He’s coached age-group level to Olympians and is an avid triathlon competitor, often reaching the podium in races.

NOTE: Regardless of how much you swim indoors or outdoors, you will improve quickly using our FREE 5-part Freestyle course.  You’ll receive 5 lessons by email to get you swimming stronger, better, faster than ever before!