Learn how to improve your freestyle swimming power, efficiency, technique, and endurance from Karlyn Pipes, swim technique expert coach and Masters Swimming multiple World Record holder. In this no-nonsense swim clinic, Coach Karlyn demonstrates five focus points essential for improving freestyle swimming.  You’ll learn how to do each technique point from the high-quality underwater video and instruction on land with a Vasa SwimErg.

This clinic is presented in 5 blog posts, each with one of Karlyn’s five essential technique focus points:

Part 4. Umph at the Front for swimming power


Let’s focus on where the power is in the stroke – putting the “umph at the front”.  When you set up into the high elbow catch, using your fulcrum and keeping your fingertips pointed towards the bottom, you’ll be able to access the power of the strong back and torso muscles very early and very quickly. Figure 1. 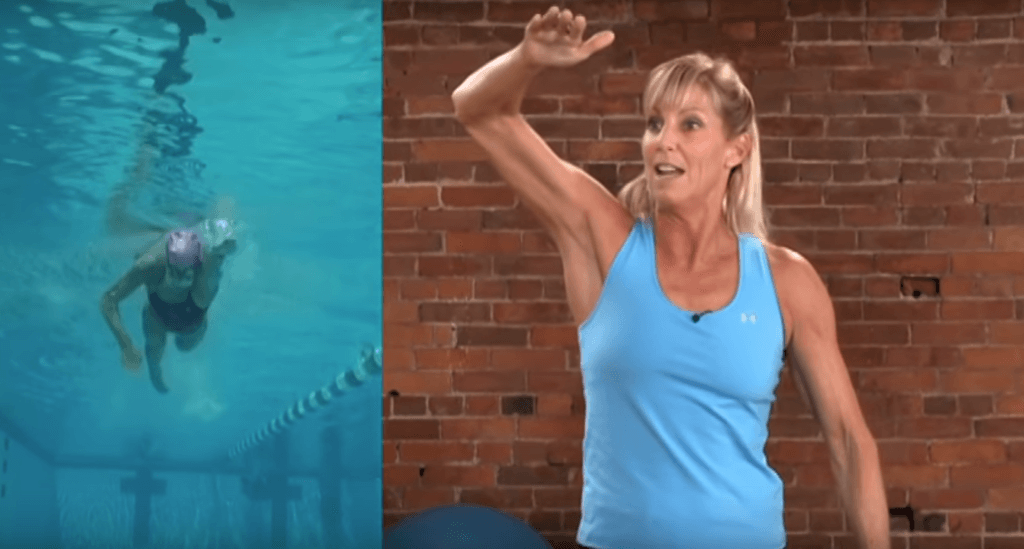 Instead of going out and in with an “S” pull stroke,  go straight back, enabling your large muscle groups in the back to activate the power quickly and early in the stroke — hence, “the umph at the front.”  Figure 2

When swimming on the Vasa SwimErg,  focus on engaging the power somewhere in between the stretch outwards and the catch. Figure 3. 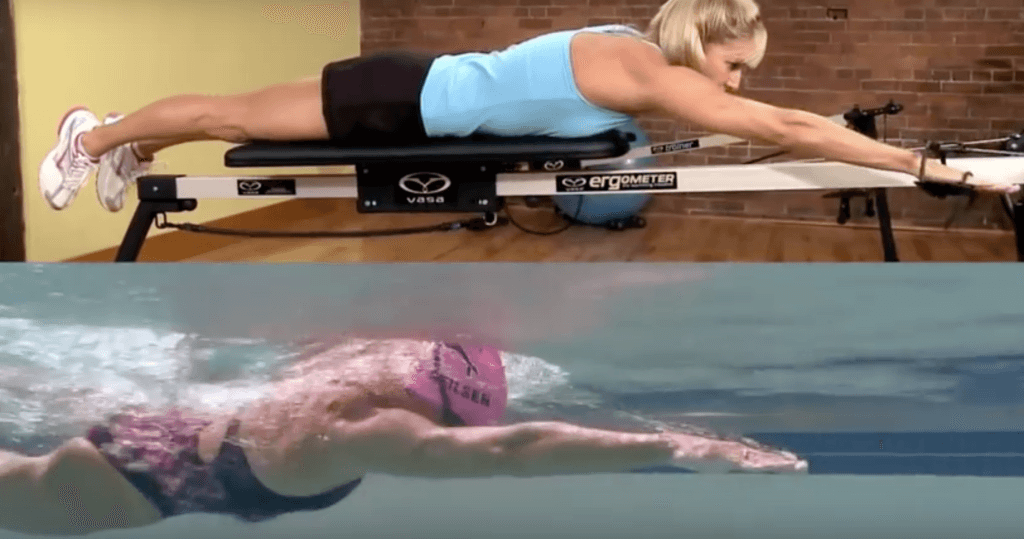 Engage the power in the wrist, press backward, and release. Keep a high elbow catch and a firm wrist. By doing so, you are activating the large muscle groups in the back.  Figure 4. 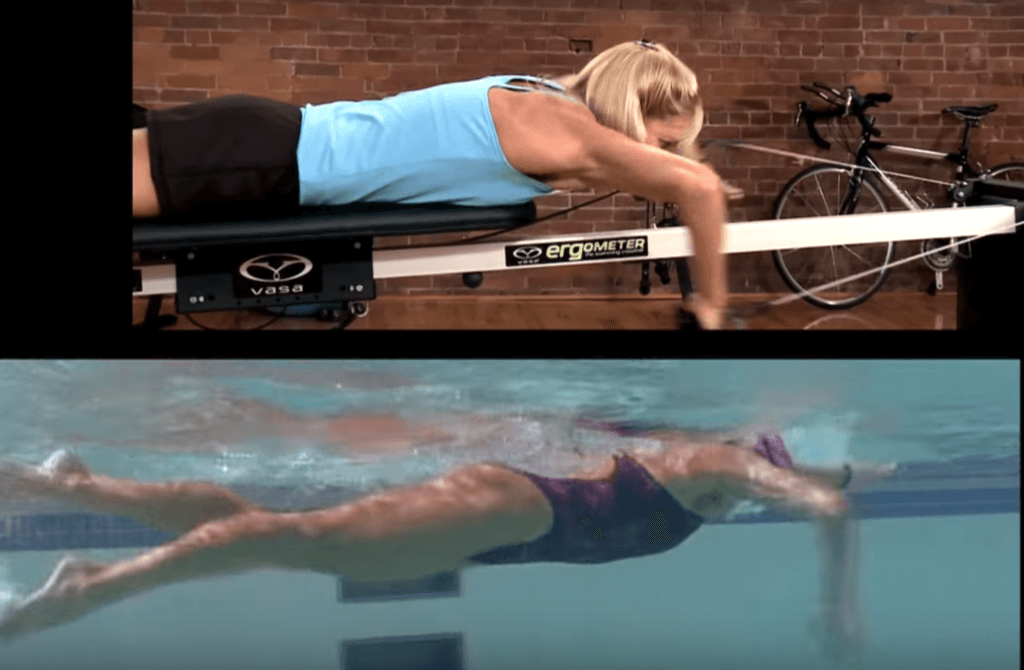 To test the difference in power, shift to powering through the back of your stroke. Many different muscles are being used and it is not as effective as putting the power at the front. (Check the Power Meter to see the difference in watts for each style).

If you are a triathlete, a cycling analogy to the “umph at the front” would be like using your large chain ring, instead of your small chain ring.   In swimming, we are looking at swimming with a pull instead of a push. We need to avoid a push because it allows the power to get stuck at the end of your stroke, losing momentum and creating extra drag, consequently slowing the swimmer.

Remember, for a faster, effective, and more efficient pull, put the “umph at the front” for greater swimming power

Continue on to PART 5. Exiting the Stroke: Reduce drag and use less effort on the recovery

:  Coach Karlyn Pipes is an excellent and very popular swim technique coach.  She practices what she coaches as an accomplished Masters Swimming World Record Holder. She has an appetite for success and it shows. Voted one of the top ten masters swimmers of all-time, she holds over 200+ FINA Masters World records, of which 47 are still current. In early 2017, she broke six more FINA Masters World Records while competing in Europe.