A Mental & Physical Focus Is A Must

The months following your last big race of the season are the most important time of year, according to Coach Patrick McCrann.  He’s a 21-time Ironman finisher, triathlete coach and author of Train to Live, Live to Train: How to Build the Ultimate Fitness Lifestyle Competitive Triathlon in 10 Hours a Week.  McCrann, also the host of online athlete communities Endurance Nation and Marathon Nation, says having a clear swim training plan in fall and winter is crucial, and he is not alone in his thinking. 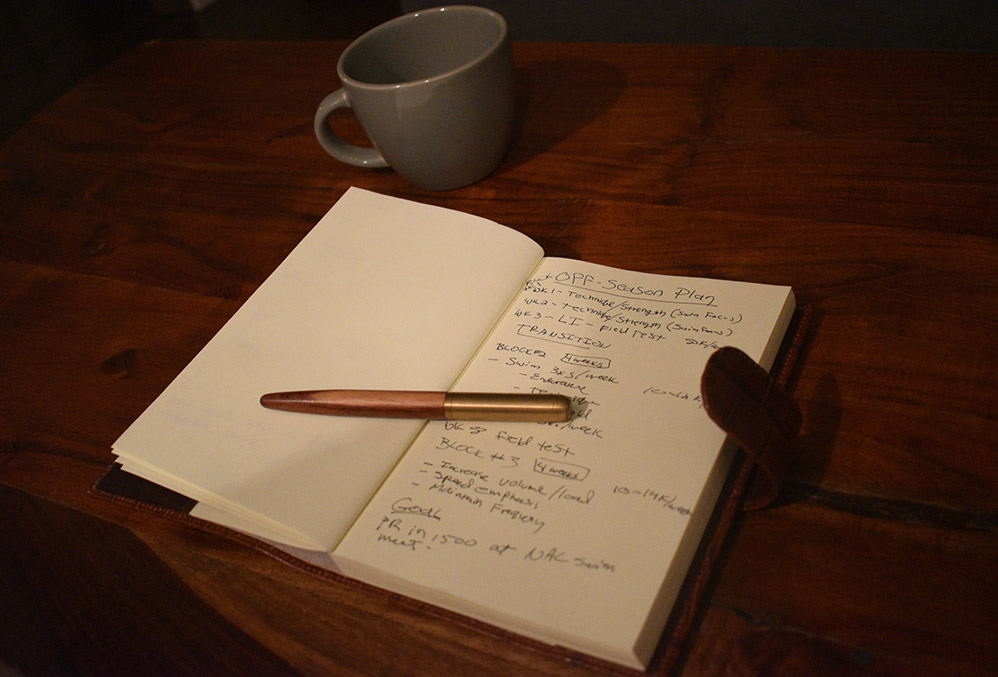 “Champions are built in the off-season,” agrees Conrad Goeringer, Ironman Certified Coach, Ironman competitor, and author of a highly useful book, The Working Triathlete. “The work you do in the off-season elevates your base and lets you go further the rest of the year.”

McCrann says that at the end of the season athletes typically don’t rest enough. It’s understandable. You’re the fittest you’ve been all year, and whether you’ve had a great final race or a disappointing one, it’s tempting to continue racing or training. 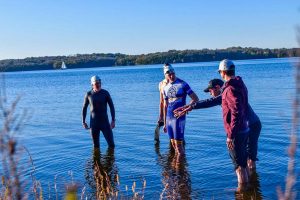 McCrann and Goeringer both recommend a four-week break after your last big race, with two weeks of pure rest, and two weeks of active rest. Both coaches also stress that taking a mental break is just as important as taking a physical break. In the heart of the season, a lot of athletes put other parts of their life on hold. Goeringer and McCrann both say the off-season is a great time to “schedule life,” and McCrann recommends banking what he calls “spousal approval units,” or SAU’s, into your fall and winter, swim training plan.

Joking aside, McCrann is insistent that how an athlete distributes their mental and physical focus over time is critical. “An athlete can spend all day in Zone 1,” said McCrann, but you only have a limited amount of time you can spend in Zone 5, whether we’re talking about a particular workout, a week or a season.”

If you’ve ever been injured, you might remember coming back and feeling stronger. It’s a common phenomenon, says McCrann. “It’s because you didn’t take time off. In the off-season, it’s critical to focus on quality and to give your body a break from max output training.”

At the close of a season and before the next starts in earnest, McCrann says to ask yourself what worked and what didn’t. He says you should repeat this exercise annually. 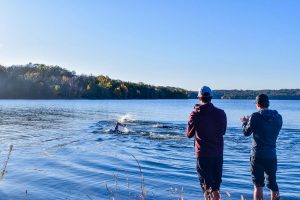 No one swims the same year to year, according to McCrann. And for most triathletes, every year is an opportunity to reengage with their stroke mechanics. “Most people improve each year,” said McCrann. “So if you’re relying on an old definition of yourself that includes ‘I’m not a swimmer,’ or ‘I’m a slow swimmer,’ you’re doing yourself a disservice.”

When you’re looking back at your season, McCrann says, “acknowledge what you accomplished, whether it’s a race result or a new skill, like moving from two to three count breathing, or mastering a six-beat kick. You’ve probably done something this year that’s working,” said McCrann. “Work it into your next generation of training. Then set goals.”

Both McCrann and Goeringer say it’s important to set both short-term and long-term goals as part of your fall & winter swim training plan.

“Yes, set big goals,” said Goeringer, “but have interim goals. Look at what’s right in front of you. If you look at the top of the mountain and you’re the bottom, it can be daunting.” 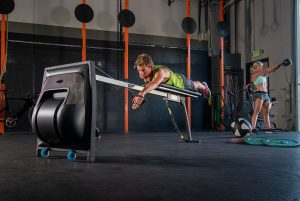 Goeringer advises athletes to focus on process rather than the result, and he recommends that in addition to performance goals athletes set fall & winter swim training goals you can achieve on a daily, weekly and monthly basis.

“Develop good habits, including frequency,” said Goeringer. “Try to win the perfect form award instead of doing each interval as fast as possible as your form decays. Be performance-based, but be more qualitative than quantitative. And do the workouts. Get on the Vasa, even if it’s for 10-20 minutes. That’s what builds muscle memory.”

Both Goeringer and McCrann recommend focusing on technique and holding off on big swim workouts until you’re in the meat of the season. 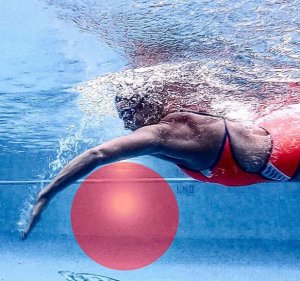 First, identify the “low hanging fruit”: the elements of your stroke that where you can make the most improvement. Then, Goeringer recommends working with a coach to analyze your technique by using video, both in the water and on the Vasa,  in order to identify hitches in your stroke. McCrann says to ask your training buddies or a coach to watch you swim and tell you what they notice and where can you improve. And both coaches advise swimmers do a ten-minute hard swim on the Vasa SwimErg to see what part of your stroke falls apart first.

Once you identify your weakness, McCrann says there is no better tool for ingraining stroke improvements than the Vasa SwimErg.

“It takes a while to make changes in form and technique habit,” said McCrann. “And the best thing you can do is be repetitive. If you’re using a Vasa, it’s easy to crank out 15 – 20 minutes, and you can swim at home four or five times a week without a big-time commitment.”

Remind Yourself That Progress Isn’t Linear

“Athletes want to draw a straight line between now and race day,” said McCrann. “If you want to lose five pounds between March 1 and June 1, you need to lose .047 pounds each week. But life doesn’t work that way. If you weigh yourself every day you will drive yourself nuts. Bodies don’t work that way. Drawing a straight line is detrimental to progress. Few athletes listen to their bodies and take necessary microbreaks. Human performance is elastic.”

“Triathlon isn’t just a race,” said McCrann, “it’s a journey, and progress is a process. If you focus on the endpoint you’ll make short term decisions. But long term decisions are the most effective ones.”

Check Out These Articles For Options & Ideas:

Shoulder Maintenance for All Swimmers

Triathlon, Triathlon Coaching, Interview, Triathletes, Triathlon swim training
Comments are off for this post.
Vasa had the privilege of interviewing #3 Ranked Paratriathlete Chris Hammer about his experience preparing for the 2020 Paralympic Games and why he considers the Vasa SwimErg a vital tool in his paralympic triathlon training preparation.  We’re honored to call Chris a #VasaAthlete! Chris was born with one hand, the result of a congenital condition. […]
16
Oct

Uncategorized, Swim Coaching, Swimming, Triathlon, Triathlon Coaching
Comments are off for this post.
Part 2: It’s Time To Dream Big And Plan Your Play Want to achieve even better race results next year? Then now is the time to review the peaks and valleys of this past season in order to chart a winning off-season swim training plan.  In this second installment of our two-part VasaBlog series, our […]
15
Oct

Swim Coaching, Swimming, Triathlon, Triathlon Coaching, Interview, Triathletes, Swimming workouts, Triathlon swim training, Ironman swim training
Comments are off for this post.
Part 1: It’s Time To Plan Your Play and Dream Big! With the racing season wrapped up, it’s time to review your performance peaks and valleys and chart your winter swim training plan for even better results next year. In this two-part VasaBlog series, Team Vasa explores how to best utilize your off-season training months […]