Vasa had the privilege of interviewing #3 Ranked Paratriathlete Chris Hammer about his experience preparing for the 2020 Paralympic Games and why he considers the Vasa SwimErg a vital tool in his paralympic triathlon training preparation.  We’re honored to call Chris a #VasaAthlete!

Chris was born with one hand, the result of a congenital condition. In 2013, he took up Paratriathlon at age 27. Despite not having any swimming or bike training, he felt his long-distance running background would be well suited for triathlon. Since his debut at the elite level, he has collected 23 ITU Paratriathlon podium finishes which include 10 golds and 3 world championships. He also competed in paratriathlon’s debut at the Rio 2016 Paralympic Games, placing fourth. (Athlete Profile: Chris Hammer — World Triathlon, 2020).

Chris is coached by Wes Johnson of Sandy, Utah, who was named 2019 Paralympic Coach of the Year by the U.S. Olympic & Paralympic Committee for his outstanding achievements coaching U.S. elite paratriathletes to international success.

Chris is no stranger to finding a way to reach his goals no matter what the obstacle. He juggles an Olympic-level training schedule, a full-time coaching career, and shares family responsibilities raising two young children with his wife, Amy Hammer, who is a physical therapist.

Chris purchased a Vasa SwimErg in 2019 because he needed to improve his swimming in preparation for the Tokyo 2020 Paralympic Games. When the pandemic forced his local pool to close for 9 months, Chris found himself fortunate to have the Vasa at home to maintain his swim fitness and work on improving his power & efficiency.

He has since realized the timesaving convenience and effective swim training using the Vasa SwimErg affords his paralympic triathlon training schedule without always needing to travel to the pool or fitness club all the time. What’s more, the incredible swim-specific strength gains and improvements in his swim splits have resulted in a new level of confidence. With his Ph.D. in sports psychology, Chris understands the psychological effect that earned confidence has in sports performance, and leading up to the Olympic Games, nothing could be more critical. 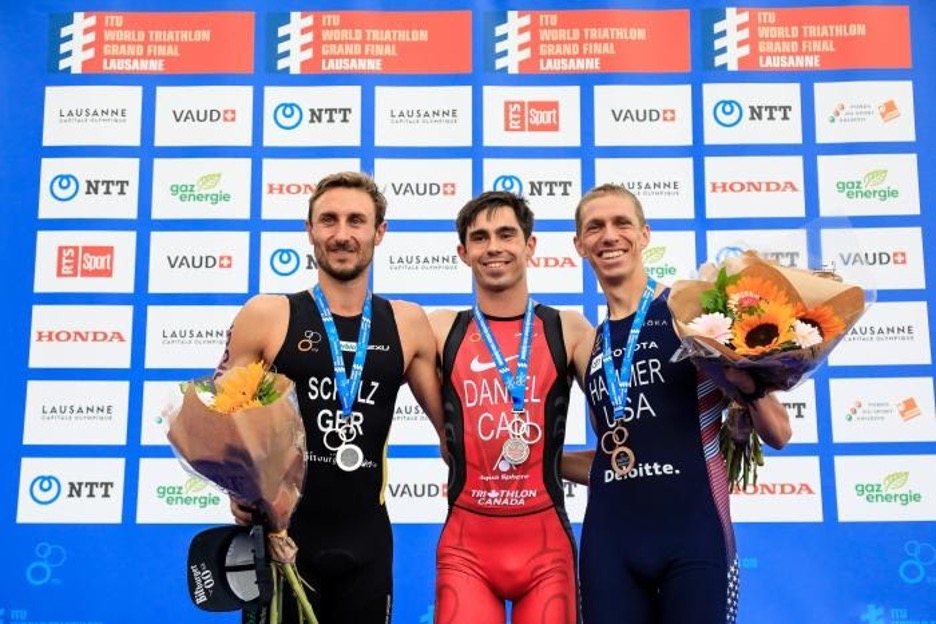 Vasa: Thank you for your time, Chris. What prompted you to buy a SwimErg?

CH: During my pursuit to qualify to compete in the Tokyo 2020 Paralympic Games, I wanted to give Tokyo my best shot. To do that, I knew that I had to find a way to be more efficient with my time. I was hopeful that the SwimErg could be a supplement for swimming and even replace some of the swim volume that I was surely going to miss due to increasing responsibilities. Looking back, buying the Vasa SwimErg in July of 2019 was kind of a “Hail Mary” or long shot in hopes that it would make me a faster swimmer. No one could have predicted we would be in a pandemic less than 9 months later and the SwimErg would become one of my primary training tools.

Vasa: During pandemic pool closures, how long were you without access to a pool?

CH: During the 10-month period between March 2020 and January 2021, I was out of the water for over 9 months. Far from ideal when swimming is your weakness, and you have one of the biggest races of your life in August of 2021! However, by training on the Vasa SwimErg, I was able to get in the full training volume I needed when I was unable to get to the pool.

Vasa: How does coach Wes Johnson incorporate the Vasa SwimErg into your paralympic triathlon training plan now that pools have reopened?

CH: As a supplement to my in-water training, we have continued to make swim-specific strength gains as well as freestyle technique improvements by isolating the components of the stroke such as high elbow catch.

Vasa: What are some SwimErg workouts you feel are staples on your paralympic triathlon training plan?

CH: Aerobic continuous sessions or structured work with hard effort intervals at a controlled stroke rate to emphasize strength or turnover depending on the set. Workouts might be as basic as 10 x 1 minute at a lactic threshold effort on 30 seconds easy recovery. Once you have a good grasp of what effort corresponds to what training zones, we can simulate most swim workouts.

Vasa: How did you know you were getting stronger, better, faster with Vasa training?

CH: Monitoring my progress on the SwimErg was easy because the Erg displays pace and meters on the head unit, so it was clear that I was going faster with a similar effort.

When I was finally able to return to the water after 9 months away, I could see that I lost very little in terms of actual swim speed and knew the Vasa SwimErg was working for me. 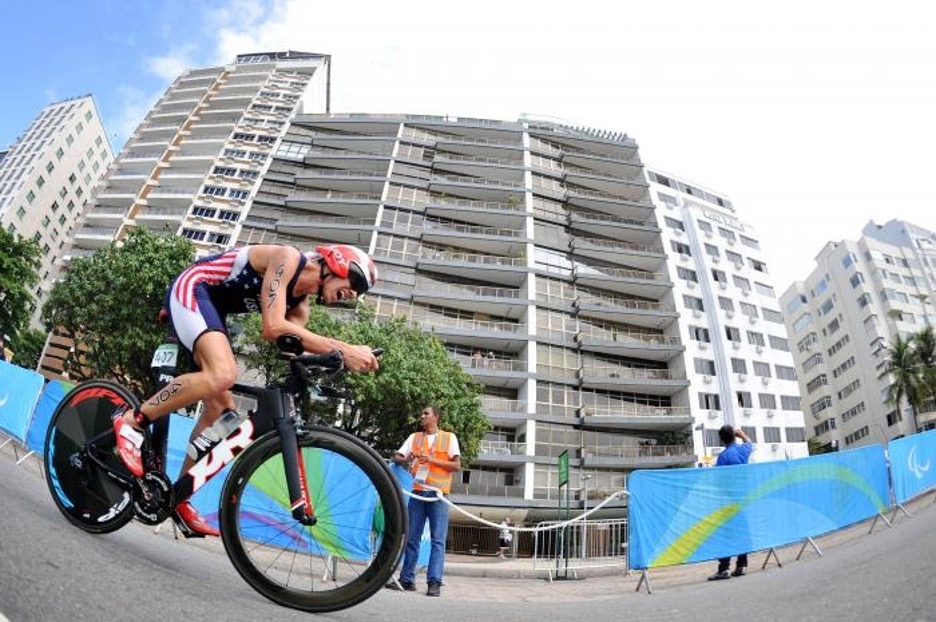 Vasa: Chris, you have a Ph.D. in Sports Psychology. How would you describe the mental changes you experienced because of the swim-specific gains you realized by training on the SwimErg?

CH: In sport (as well as in life), confidence is so important in achieving success. But even though I knew how important confidence was, I never really felt even remotely confident in my swim. For one, I never looked like a swimmer. I didn’t have the lats or the strong upper body customary of elite triathletes. But more importantly, I didn’t swim fast enough in workouts or races to instill confidence in my ability. Using the SwimErg allowed me to slowly chip away at my doubt about my swim ability because I was able to train nearly every day and I could see the progress being made. As I was looking stronger, I was feeling stronger, and more importantly, once I was finally able to get back into the pool, I was swimming faster than ever before. Once I started to see the results, I felt more confident and started to enjoy the sessions more knowing I could continue to get faster.

Vasa: What are your goals and expectations for your event in Tokyo?

CH: As cliché as it may sound, my only real goal is to finish the race without having any regrets. If I can look back at my race and the training leading up to it and know that I did everything in my power to give myself the best possible chance to succeed, then that is truly all you can ask of yourself. Of course, I have dreams (such as finishing on the podium), but I can only control what I do. And right now, that means making the right decisions to put me in the best possible position to succeed. I think about it like this… Every day, we are faced with choices. The decisions we make when faced with those choices can either move us towards achieving our goals or away from achieving our goals. It’s my job to make many more decisions that move me towards my goals than decisions that move me away. And by making these positive choices, I am putting myself in the best possible position to succeed.

Vasa: Do you have a favorite quote or words to live by that you can share with us?

CH: When I was a kid, a poster hung above my bed for as long as I can remember that read: “Accept the challenges, so that you may feel the exhilaration of victory.” That reinforced the mindset that my parents instilled in me at a young age that things might be difficult, but that’s no reason not to do them. And in fact, difficult things are precisely the kinds of things you should be doing, because that is how you grow and become your best self. 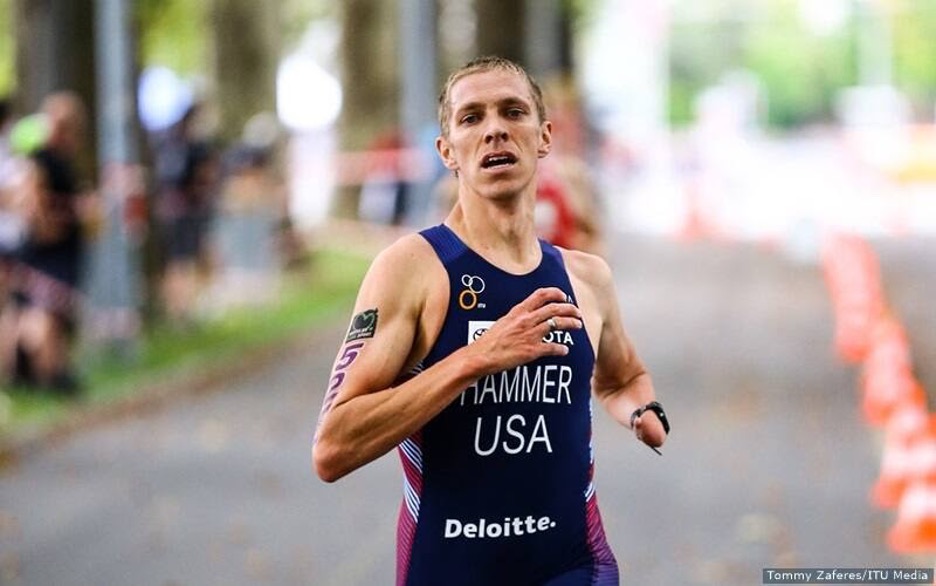 Swim Coaching, Swimming, Triathlon, Triathlon Coaching
Comments are off for this post.
How to Have Swim Training Success During Covid-19 Global Health Crisis On March 20, 2020, I experienced a moment of existential dread that was unlike anything I’d ever felt before. It wasn’t because I was only three days away from becoming a father and had absolutely no clue what I was doing. It’s because my […]
4
Nov

Uncategorized, Swim Coaching, Swimming, Triathlon, Triathlon Coaching
Comments are off for this post.
A Mental & Physical Focus Is A Must The months following your last big race of the season are the most important time of year, according to Coach Patrick McCrann.  He’s a 21-time Ironman finisher, triathlete coach and author of Train to Live, Live to Train: How to Build the Ultimate Fitness Lifestyle Competitive Triathlon […]