Shallow Water Blackout (SWB), until recently, has been a misunderstood and little known phenomenon, especially in competitive swimming. Over the last several months, Vasa shared a series of articles about Shallow Water Blackout and we conducted a survey to learn just how prevalent it has been in the swimming community. The survey results are posted below.

We ran the 4-question survey from November 2014 through February 2015. In total, 605 people responded to the following questions:

For additional information about Shallow Water Blackout Prevention, watch the this excellent video PSA Featuring Bob Bowman. If you would like to read or share the educational articles, we encourage you to do so at these links: (Introduction, Facts, Prevention).

The survey also yielded many useful comments and personal stories about people’s firsthand experiences with SWB. One such story was shared by Paul Kornfeld, multiple NCAA champion, former World Record holder, multiple National Champion & Record holder. Fortunately, Paul’s story describes “his close call” with SWB. We then reached out to Paul and he graciously agreed to do the following interview, which elaborates on his story.

You were an internationally ranked swimmer at the height of your career when you experienced shallow water blackout during a routine practice. Would you describe the training circumstances and what happened?

PK: My incident happened during a normal training session my senior year at Stanford University. It was early February and we were preparing for the championship season a few weeks away. I remember this practice because 2009 was the year of the full-body suit era. In this practice, a lot of us were trying out a new full-body suit to get the feel of it at race pace. I was still recovering from a respiratory infection and was coughing and having trouble getting full oxygen during practice. 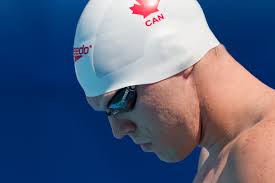 However, on this day, I was having trouble with routine 25’s underwater. With being sick and not being able to get full oxygen during my breaths, having a compression full-body suit on, and struggling with breath holding on this day, it led to a bad combination where on one of the 25’s underwater, I momentarily blacked out or lost memory of what happened towards the end of the 25 underwater. I was able to get to the wall and get one hand on the wall, but I don’t remember how long it took for me to lift my head up for a breath. For all I know, it could have been just a few seconds or much longer like 10+ seconds, but I felt dizzy and confused. All I knew was that it wasn’t normal. The uneasy feeling of not knowing what just happened and confusion overtook me, so I jumped out of the water to try to regain my breath, as this shouldn’t have happened from a routine underwater 25. I didn’t try to push it anymore after this and told my coach, Ted Knapp, briefly about what happened. Then we mutually decided I was done for the day. I got changed, and reported directly to our athletic trainer, Scott Andersen, and let him know what happened.

Were you aware of Shallow Water Blackout (SWB) before it happened to you as you described?

PK: I wasn’t aware of the term shallow water blackout exactly. I obviously knew that you could blackout under water from long-term breath holding or hyperventilation breath holding. I didn’t think it would ever happen to me at this stage of my training and career was when I was in the best shape of my life.

What did your coaches do after that incident? Did they make any modifications to the training methods in order to prevent this from happening to anyone else? 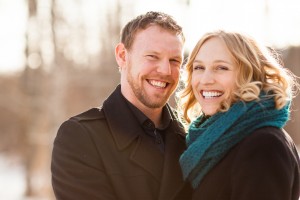 PK: I count myself blessed that after the incident. My coaches and training staff took my concern seriously and had me go through rigorous testing to make sure that there wasn’t a hidden biological or cardiovascular issue that might have caused this. The next day, I went to the Stanford Hospital and underwent numerous EKG, stress EKG, ultrasound, cardiac MRI, and other tests over the next few days before I was cleared to compete again. After going through all the tests to figure out what might have caused this, I did lots of research and diagnosed this incident as SWB that seemed to have been caused by a perfect storm of conditions (respiratory infection causing limited oxygen, compression suit on my chest, and warning signs of routine under waters being much more challenging). Luckily, I have never experienced anything similar to this again and didn’t change my training too much afterwards. However, I was much more cautious when it came to under waters and heeded any warning signs while doing hypoxic training.

Are you aware if it happened to any other swimmers? IF yes, did death or harm occur as a result? Please describe any pertinent details.

PK: I wasn’t aware that it had happened to any other elite world-class swimmers. However, during my research about SWB, I was shocked to read that it happened often to Navy Seal trainees, who are male, early 20’s, and in great shape. I had a misconception that if you are in elite physical shape, these incidents shouldn’t happen to you. Part of the reason for sharing my story is that I know that it has happened to many other swimmers across the world as people are pushing their limits more and more. I hope this inspires them to share their stories as well and encourage them to make others aware of SWB, and the simple, effective ways to prevent SWB accidents.

Do you now understand what causes SWB and how to prevent it from happening?

PK: My incident might not be the typical SWB case because I didn’t do any hyperventilation (and have never practiced that), but because my body was weak, overexerted, and oxygen deprived from being sick, it may have caused similar effects. I think I was more aware of deep water blackout which results from a rapid drop in the partial pressure of oxygen in the lungs on ascent. But yes, I have become much more aware of the dangers of SWB for all swimmers, and especially for elite swimmers who practice hyperventilation and extreme hypoxic breath holding sets. Education is part of prevention. It is key for swimmers to avoid hyperventilation before underwater or breath holding sets.

What recommendations would you like to give to swimmers, parents and coaches regarding prevention of SWB?

PK: I know I would sometimes go to the Stanford swimming pool on my own to do a workout or practice drills, etc. when there were no lifeguards or coaches on duty. I don’t think I did any breath holding activities on my own or without supervision. I could see how swimmers at my level might easily do routine breath holding sets without thinking twice about it, since they have done it a thousand times before without problem. Where I now see the problem with this thinking is that it can happen to anyone and the risk isn’t correlated to fitness level or even if you are pushing yourself beyond prior limits. Anytime you are doing hypoxic work, it should be taken seriously and done only under coach supervision. As elite competitors, swimmers will always want to push their limits to improve. With the 25 yd/m racing increasingly emphasizing underwater dolphin kicking, it seems to be more important than ever to know your limits and swim smart. My advice is simply don’t take unnecessary risks with unsupervised hypoxic under water repeats. Ask a coach or supervisor if something doesn’t seem right and know your limits.

Are you still swimming and what are you doing now?

PK: I retired from competitive swimming after the 2012 Canadian Olympic Trials. I greatly enjoyed my swimming career that started from my age group swimming with Blue Tide Aquatics in Kingwood, Texas to collegiate swimming at Stanford University to professional swimming with the Canadian National Team and the University of Calgary Swim Club in Calgary, Canada. I was blessed to have great teammates and coaches along the way who helped me achieve many goals, records, championships, etc. beyond what I imagined. I am now living in Calgary, Alberta, Canada with my wife, Laura. I work in the finance industry now for a technical analysis company, SIACharts.com where we sell an investment tool based on relative strength to licensed professional investment advisors. I am pursing my CFA designation to become a Portfolio Manager in the future as our company is looking to expand into Wealth Management.