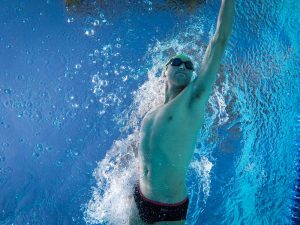 On March 20, 2020, I experienced a moment of existential dread that was unlike anything I’d ever felt before. It wasn’t because I was only three days away from becoming a father and had absolutely no clue what I was doing. It’s because my pool had closed for the foreseeable future and I had no idea when (or if) I’d be able to swim again in 2020.

The dread has subsided somewhat since March. It turns out fatherhood is nothing more than doing what your wife tells you to do, and I’ve managed to “swim” almost every day—albeit in my basement without actually getting wet. Since getting a Vasa SwimErg, I’ve managed to keep my swim fitness close to what it was when I was swimming six days a week.

It turns out I’m not alone. With pools closed for months on end around the globe, thousands of swimmers have been “Vasa training” their way through 2020 and beyond, with many of them finding that they can maintain — or even improve — swim fitness without getting in the water.

While this may come as a surprise to those who are new to the SwimErg or those who have never tried it, Eric Neilsen, a veteran masters swimming & triathlon coach who has used Vasa Trainers for 25 years, isn’t surprised at all to see so many swimmers and triathletes turning to it.

“It’s particularly beneficial for triathletes, who swim in a wetsuit that takes care of much of their body position in the water,” Neilsen says. “In that case, swimming is all about grip it, and rip it and you can mimic that really well on the Erg.”

Neilsen has just about every athlete he coaches doing some of their swim training on the SwimErg.  He’s found it particularly beneficial for adult-learned & out-of-shape swimmers.  The reasons are not just because they lack the swim-specific strength & endurance necessary for a strong swim.

“It’s also about taking out some of the fear from only training in the water, and developing a strong stroke without worrying about the breathing issues,” he says. “I can’t tell you how many great cyclists and runners come to the pool and are sacked after 50 meters because they can’t always breathe easily while swimming. On the SwimErg, we can take that issue out of the equation and work on basic biomechanics while being able to breathe easily.”

Neilsen says the Vasa SwimErg is the missing piece that so many swimmers and triathletes haven’t used—or didn’t even know existed—in the past, but pool closures have forced many athletes onto one for the first time. And while many turned to the Erg just to get through pool shutdowns, most new users are finding that it’s a valuable training tool that they’ll use for years to come. Here are just a few of the many swim training success stories that have been reported by Vasa athletes during the Covid-19 health crisis. 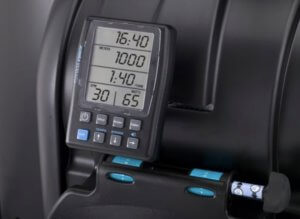 After spending a few months initially using the Vasa Trainer Pro, Gonzalo upgraded to the SwimErg November of 2019, and he couldn’t have picked a better time to do it. He spent the winter (if you can call it that in Miami) doing all of his swim training on the SwimErg, and even jumped into a sprint triathlon that February after not being in the pool for three months.

“Race morning was literally the first time I had been in the water since November,” he says. “Every single swim workout was on the SwimErg.”

Even though Gonzalo is a self-proclaimed “not great” swimmer, he managed to exit the water in first place in his age-group and won his age-group overall.

“The strength I had in the water was unlike anything I’d felt before. My arms and shoulders had never felt that strong.”

Gonzalo was so sold on the SwimErg that it was no worry when his pool closed in March of 2020. He merely did what he’d been doing all winter and just kept Erg-ing away. When his tri club decided to do a swim challenge in August to raise money for a local homeless shelter, he used his SwimErg for more than half of his mileage, alternating with a few open-water swims when he had the time.

On the final day of the challenge, each team member attempted to swim as long as they could in open water. Gonzalo made it 7,500 meters and says he could’ve done more if it weren’t for the salty water. 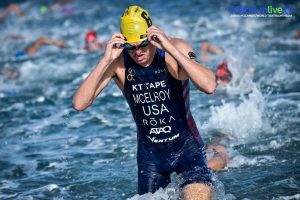 Pro triathlete, Matt McElroy had a little more cause for panic than the rest of us when local swimming pools closed down in March. As the top U.S. male on the International Triathlon Union (ITU) circuit, he’s a favorite to make his first Olympic team for next summer’s Games in Tokyo. He was familiar with the SwimErg, having used one briefly when he first made the jump from collegiate runner to professional triathlete, but it had never been a big part of his training.

Living in Boulder, Colorado, almost everyone has a state-of-the-art pain cave, and it turned out his neighbor had a Vasa SwimErg in his garage, which he welcomed Matt to use whenever he pleased.

“I just started doing 20-minutes straight on the Vasa SwimErg every morning once the pools closed. Coming from a running background, you don’t really have lat muscles. I found the SwimErg really helped develop muscles in my back in a way that I don’t think could’ve done by just training in the pool with paddles.”

While most swimmers do specific workouts each time they get on the SwimErg, Matt’s goal was simple: “I just tried to hold a stronger pace each day I got on.” The swim in an ITU race is all about pushing as hard as you can for [roughly] 20 minutes, which made the SwimErg the perfect training tool. 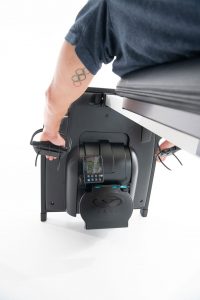 The timing couldn’t have been better for Masters swimmer Van Hartman to get his SwimErg. He received his in February 2020, just a few weeks before his pool shutdown, and spent the next four months “swimming” on the SwimErg almost every day.

Van spent shutdown learning how to use his SwimErg and creating his own workouts. So of course, I asked him for his favorite, which he described as a mix of speed and power:

Obviously, not all of us would be ready to handle a workout like that (I sure can’t).  However, the mix of fly and freestyle is something I’ve found to be particularly valuable when it comes to bringing the heart rate up.

To ease the transition from SwimErg to real swimming, Van has some tips that have worked well for him:

“I’ve been using the snorkel a lot more than usual and doing a lot of drills. Before the pandemic, my stroke was stronger on my right arm and now it feels even, which has increased my speed and efficiency. Overall, I feel like I’m stronger now than I was in March.” 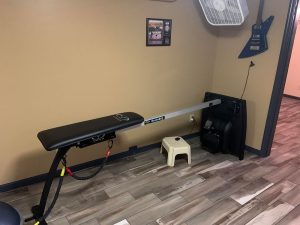 It appears a lot of athletes got their SwimErg at just the right time. Andrew acquired his November 2019, making it possible to turn his bike-run pain cave into a swim-bike-run pain cave for 2020. When his pool closed in March, Andrew just transitioned all of his swim workouts to the SwimErg, using it three times per week at varying intensities.

“I’ve been swimming only a few times since COVID began,” he says. “I was nervous getting back in the water, but each time I was surprised at what I was able to do with zero time in the water this year. I was able to swim for an hour continuously after only spending 45 minutes at a time on the SwimErg. And I felt stronger.”

For now, Andrew is still being cautious, so he’s still on the all-SwimErg program. “I really don’t see myself reverting to majority pool swimming anytime soon,” he says. “I’ve never been in love with swimming, and this seems like it’s working pretty well as a substitute. If racing looks like it’s back in the spring, I will probably go back to the pool once per week.” 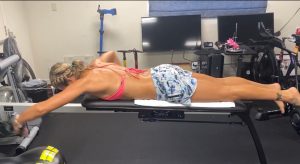 There’s no better friend than a friend who gives you a Vasa SwimErg!  Such was the case for professional triathlete Kelsey Withrow, whose friend gave a Vasa to her this summer after moving to California and no longer had room for it (space is at a premium in the San Francisco Bay area). After spending four months out of the water, Withrow, who comes from a swimming background, was eager to build back her swim fitness.

“The first few times I used it, I was doing it incorrectly. I didn’t read the directions,” she says. “But after my coach showed me the correct way and numerous YouTube videos later, I got it down.”

As with many new SwimErg users, Kelsey’s weaknesses were immediately exposed when she started using it. Starting off, she couldn’t go for more than 30-seconds without taking a break, so she resorted to a lot of short, fast efforts and drills while she built up the upper body strength needed to do longer intervals. She also started doing SwimErg workouts with a friend, where they alternated the SwimErg with some sort of core workout.

All tolled, she was out of the water for five months, which was her longest break from swimming since she was 6 years old.

“When I finally got back in the pool, I was surprised that I didn’t feel that terrible. It forced me to slow down in the water and really work on my stroke, trying to mimic what I was doing on the Vasa.”

Now that she’s back to her regular Master’s swimming schedule, Kelsey is still on the Vasa SwimErg regularly and finds it particularly useful before she heads to the pool to warm everything up. Her go-to workout is simple but effective: “I just do 20 seconds easy, 20 seconds moderate and 20 seconds all-out sprint. Then I rest for 30 seconds and do it all over again.”

About The Author: Brad Culp is an endurance sports journalist and lifelong swimmer. He’s previously worked as editor-in-chief of Triathlete and LAVA magazines, as well as media manager of the International Triathlon Union. He’s a graduate of Miami University with degrees in journalism and psychology and resides in Geneva, Illinois.